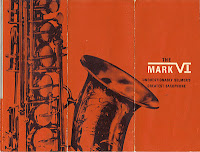 After recently acquiring a Selmer Mark VI I thought it was only appropriate that I write a review of the horn considering it is arguably the single most important model in the history of the saxophone. After only spending two weeks on it I have to admit that I am floored by a saxophone I once thought over hyped. A lot has been said about these horns and I know I'm being a little redundant, but I feel like I can still add a little something to the conversation.

I'd like to start with the horns strongest points which, in my opinion, are its overtone thick sound and its supportive response. The tone is dark and bright all at the same time, and it sounds especially alive when compared side by side with various other horns. One of the really cool things I have found is no matter what acoustical space I'm playing in or what reed I'm using I feel like I get a full and vibrant tone when listening from behind the horn (while playing). Those perceptions have also proven correct when I have heard the same or better back on a recording. To top it off the Mark VI has plenty of carrying power and punch while the tone remains warm and beautiful. 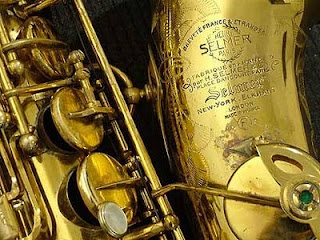 I would characterize the feeling of blowing through the horn as being supportive and responsive. It's not as free blowing as other models (low resistance or back pressure was one of the qualities that I admired in my Selmer Super Balanced Action), however the horn works extremely efficiently with my air. At first I felt the slightly more resistant feel was hand cuffing me, but after hearing a few recordings of myself on the Mark VI I am convinced that the horn is simply putting my air to better use making it easier to produce a full sound 100% of the time. I am also convinced that the horn is more responsive making it easier to play more fluidly, more technically, and more expressively. It has taken a little getting use to, but it has definitely been worth the effort.

Other strong points include solid intonation and comfortable keywork. Something I'm not quite enamored with is the right hand thumb rest. I haven't quite adjusted to it and my thumb gets fairly uncomfortable during long periods of playing.

I would also like to throw my two cents down on a couple of other issues. My particular Mark VI is a factory relaquer and had a pick up in the neck at some point. I've played around eight Mark VIs very recently, including a pristine completely original 5 digit Mark VI, and my relaquer & neck pickup VI completely measures up to every other VI I've played. I just thought I'd let you know before you go drop 12 grand on a horn! That being said I did play a Mark VI that had braces built onto the side of the neck and that was a terribly dead horn. Do be cautious because there are certainly bad VIs out there.

I know there are hundreds of recordings of players on Mark VIs, but I thought I'd give you a few clips which you can compare to my other reviews.

Bridge and last A section of In A Sentimental Mood
Solo on Black Narcissus (comp. Joe Henderson)
Solo and melody out on Fall (comp. Wayne Shorter)

Conclusion: Selmer's Mark VI truly is a fantastic sounding and fantastic playing horn. Depending on what you are use to playing there might be a transition period, but it has definitely been worth it in my case.