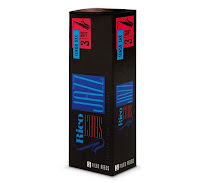 Continuing with the products Rico was kind enough to provide free of charge, today I’d like to pit the unfiled and filed  Rico Jazz Select reeds in a battle to the death.

Overall, the Rico Jazz Selects are good reeds, but I wanted to get into the dirty details of the differences and similarities between the cuts. I broke the battle down into three main categories: tone quality, response, and consistency.


Tone Quality
Unfiled: Deep slightly spread tone with enough vibrance to give the sound some presence, even tone throughout range and dynamics

Filed: Focused vibrant tone with more highs than lows, even tone throughout range and dynamics

Response
Unfiled: Feels easy to play through and responds promptly to articulation

Filed: Often plays out of the box, some variability in reed quality but less variability than the unfiled reeds, pretty consistent reed strength


Conclusion: The two cuts offer different tone qualities with neither lacking in presence.  The other differences between the two cuts, though many, are almost negligible once you have decided on the cut that best fits the kind of sound you're going for.  The one drawback for both cuts, especially the unfiled, is the inconsistency in reed quality.
Posted by Ben Britton at 8:41 PM